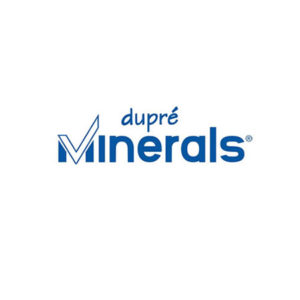 In 1965, Goodwin PLC acquired a company that manufactured refractory products, including vermiculite. Since then, other acquisitions have been made, including, but not limited to, the vermiculite division of Minelco in 2007, and Sinclair Horticulture in 2015. The vermiculite processing activity, as well as other associated products and services, are carried out by Dupre Minerals Ltd; the UK market leader.

Dupre’s core product line is thermally exfoliated vermiculite, which is sold into the insulation, construction, animal feed, friction and horticultural industries. Vermiculite is also chemically exfoliated at Dupre to form a vermiculite dispersion; an aqueous suspension of ultrafine vermiculite in water. This product is sold into the technical textile industry to upgrade the thermal performance of e-glass fabrics. A formulated form of vermiculite dispersion is also sold as a fire retardant adhesive to the insulation industry.

Dupre sells vermiculite boards for wood burning stoves and other insulation applications, minerals to the precision casting industry and high temperature mortars to the refractory industry. They also handle the sales and marketing of expanded perlite, which is made by their sister company, Hoben International.

Products within the portfolio include:

You can find out more about which cookies we are using or switch them off in settings.

This website uses cookies so that we can provide you with the best user experience possible and understand how users interact with our websites.

Essential cookies are required to be enabled all the time, as our website will not display or function correctly if they are switched off.  Essential cookies include cookies set by the page builder software and our hosting platform. In addition to this, cookies set by irs.tools.investis.com are critical to the real-time share price that is displayed on this website. None of the essential cookies store, track or transmit any personal data.

If you disable this cookie, we will not be able to save your preferences. This means that every time you visit this website you will need to enable or disable cookies again.

This website (www.goodwin.co.uk) uses Google Analytics to collect anonymous information such as the number of visitors to the site, and the most popular pages.

Type: Analytics
Description: Set by Google to distinguish users. Calculates visitor, session and campaign data and also keeps track of site usage for the site's analytics report. The cookie stores information anonymously and assigns a randomly generated number to recognize unique visitors, while also creating an analytics report of the website's performance. Some of the data that are collected include the number of visitors, their source, and the pages they visit anonymously.

Please enable Strictly Necessary Cookies first so that we can save your preferences!